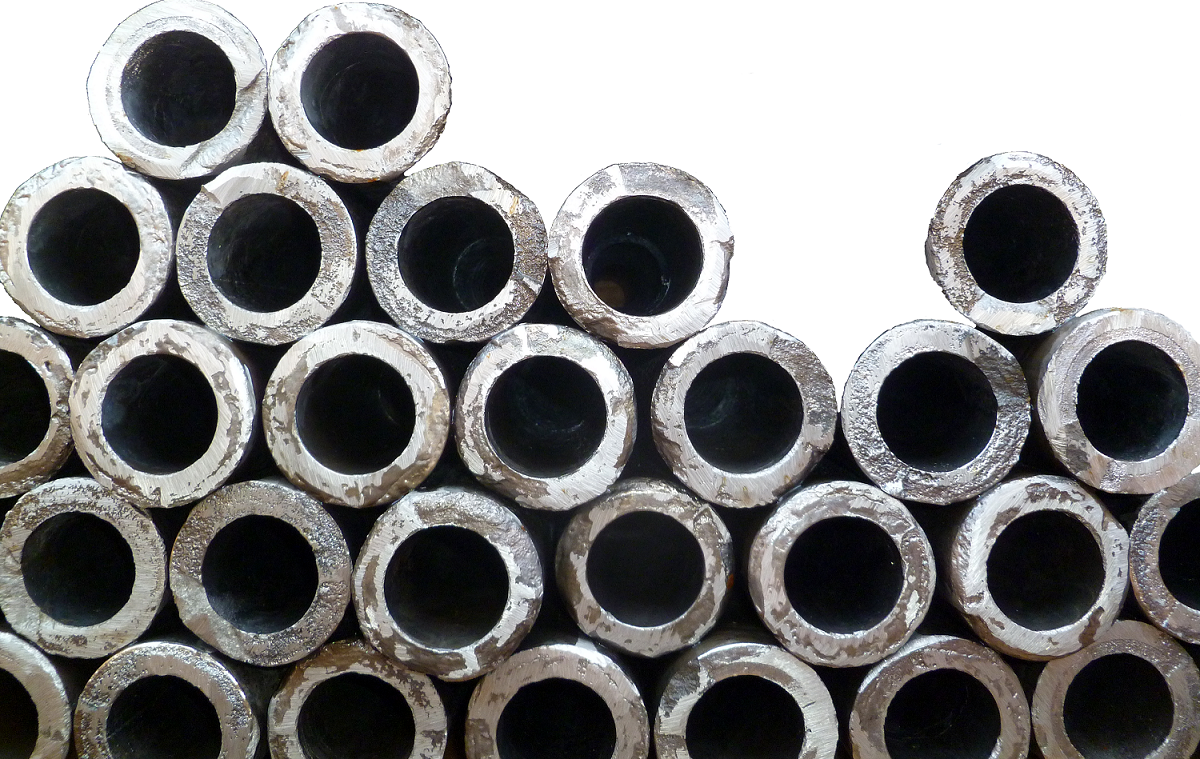 For over thirty years, High Silicon Cast Iron Anodes have been used for impressed cathodic protection systems. The original grade (ASTM A518 Grade 1) worked well in fresh water applications but was consumed in saline waters. In the late 1950’s the addition of a small amount of chromium reduced consumption in all electrolytes. The chromium alloy was patented and marketed under the name of Durichlor 51. When the patent expired, several manufacturers produced this alloy to ASTM A518 Grade 3.

The High Silicon Chrome Iron Anode has been used extensively in many areas of North America. For the past ten years, many "Stick Bar" and "Tubular" anodes have been cast in England, and shipped to the North American market.

Anotec has also developed a complete line of Centertec tubular anodes, manufactured to the same rigid standards. These anodes feature an extra wall thickness at the center-connect area and a one piece low resistance cable connector. Centertec Anodes are available in a wide range of industry standard sizes. Specialty and small FeSiCr anodes from Anotec are also available; contact BK Corrosion with your specifications.

You will receive this document via email. Once info has been filled out you will have access to all other files on our website.
Thank you,
BK Corrosion